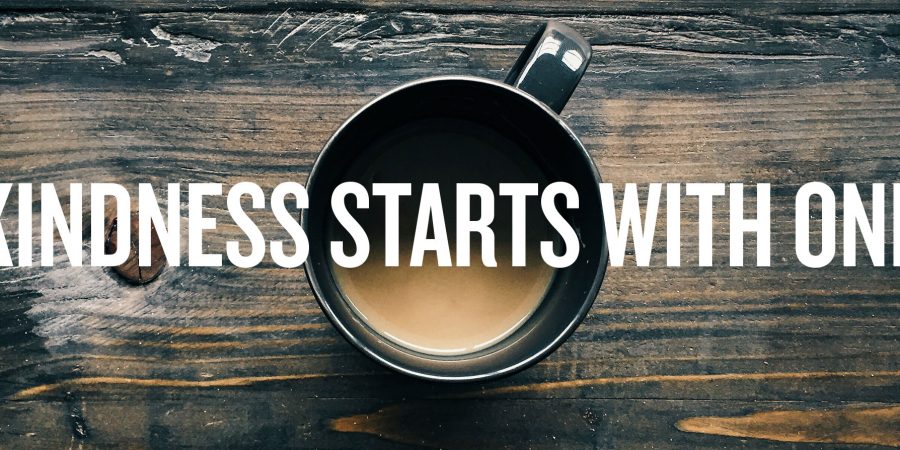 I’ve had a problem with being and showing empathy for the majority of my life. One of these days, I’ll explain what I think my reason is to you. But right now, I wanted to tell you something… KINDNESS MATTERS.

Why do I write these two words? Because a few days ago, I was leaving work. I left work a little later than planned, and I was tired… but it was my Friday night and I was excited to get home. It had been snowing lightly that day also, so the streets were a little icy. As I was exiting out of the Ft.Meade gate, I saw a pedestrian. They were walking across the street, and they seemed to be a bit inebriated. “Go figure… drunk people”, I thought to myself. I was even quicker to judge the person when they fell down awkwardly in the street. I admit that I was slightly disgusted at first.

Then I saw how the other car drivers were just driving around the person like they were …nothing. The, I felt horrible. “what if that person was someone I knew?”. “What if that were…ME?”!

I decided at that moment to do something. I stopped my Jeep and put the hazards on. Then. I hopped out of my vehicle and ran over to the person, who was still on the ground in the middle of the street. Turns out, they really needed help. The were writhing in pain, but when they saw me, they pretended not to hurt.  I tried waving other drivers to come help, but the merely stared and drove by. “This is what being a side show attraction feels like”, I thought. Thankfully, one other driver did stop. He and his wife got out of the car and helped us. The person who fell in the street was NOT drunk. Not one scent of alcohol could be smelled on them.

I don’t know the person’s name who fell because I didn’t think to ask, so I’ll call them “Jane”. We asked Jane if she was okay. She said “yes”, but it was obvious she was hurt; she couldn’t even stand up by herself. She had really hurt her knee. We ( the make driver and I) helped “Jane” up off the ground. As we did, Jane screamed out in pain. It wasn’t her leg though. Jane commenced to tell us that she had a broken rib and that her right arm was injured. She raised her sleeve and then we saw it. Her arm had about 50 cuts in it from the wrist up to the crease of the elbow. Our Jane was a cutter.

We didn’t let that initial shock stop us from helping her,though. I think we become even more caring for her. We picked her up gently, and the male driver even offered to carry Jane. As we finally got her into one of our cars, Jane made the statement that stopped us in our tracks. She said… “It’s weird how you guys care about me”.  And then, she hugged us and said “Thank you”. Those words/actions shook me. I knew then that our country…our world… is failing. We are failing each other. KINDNESS MATTERS. If you see someone in need… HELP THEM. I’m not saying go out into dark alleys and be a super hero. I’m saying help people when you see them in a bad situation. You never know how much you could help them by a simple gesture of kindness. If you’re here for the g*veaway on FB, then here’s your next step. Go back to our FB page and comment “I completed all the steps” to be entered into the drawing to win. Good luck!