Newman’s Own Organics – An Adventure In Organic Tastes

Organics matter.As a person who ,in the past year,has changed her lifestyle and eating habits to becoming a better,healthier me. I try to make sure that the foods I eat are indeed healthy and good for me. That includes the possibility of eating Organic as much as I can.

Newman’s Own is a company that was started by Paul Newman (YES, “CoolHand Luke” !) in 1982. It was “started as a tiny boutique operation. Parchment labels on elegant wine bottles that Paul Newman filled with his homemade salad dressing and gave to his neighbors as holiday gifts. He expected train wrecks along the way and, instead, got one astonishment followed by another.”

Did you ever think that Newman’s Own was REALLY created by Paul Newman?! Well it was. Over the past thirty years the company has earned over $350 million, all of which they have given to countless charities ! So…great foods AND the money you pay goes to charities all over to help those in need? I am SO in !

Newman’s Own Organic Sent Me A Gift Box

They sent me a HUGE variety of their Organic foods and ,let  me tell you, I was amazed at what they carried! I thought Newman’s Own was just spaghetti sauce and some pizzas,but I was grossly mistaken.Take a look at what Newman’s Own Organics has to offer you and everyone in your family ! 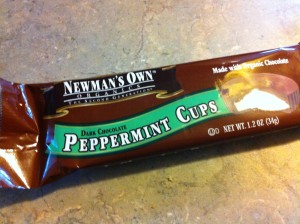 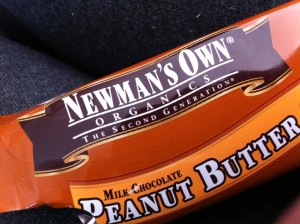 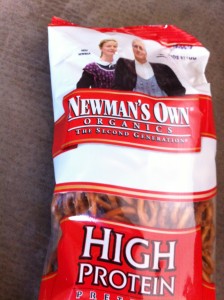 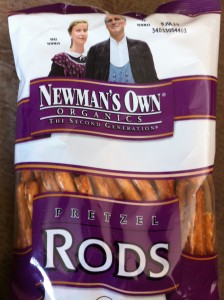 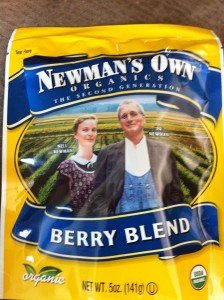 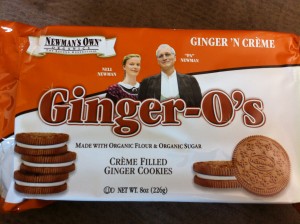 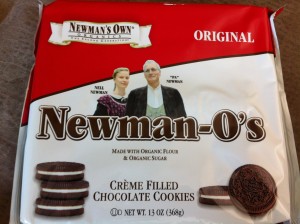 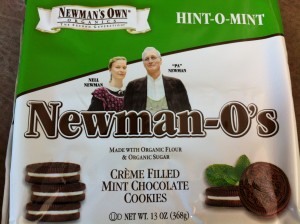 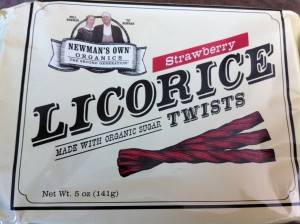 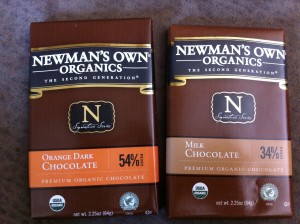 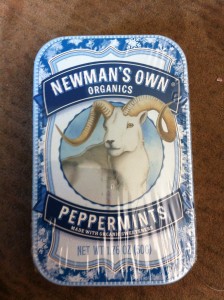 As you can see,there are a TON of food choices for you to try. Best of all, it’s all ORGANIC .. even the candies !! How cool is that ?! I would go down the list of every taste of every item,but that would be a VERY winded review.So,I’ll stick to some of my favorites.

My most favoritest (yes,I know it’s not a word,lol!) is one that’s not pictured…. it was the “sour cherry twists”. These  licorice twists are like the Sour Punch candies that are sold at stores. But they taste so much better and they have just the right amount of “kick” to them so that you are not over powered with acidic taste. I loved these so much that I ate the entire package … Whoopsies !!

The second most favorite product was the peppermint cup.It reminded me of a York peppermint patty,but it had more minty taste to it,and the inside was creamier… super yum !! OH !!And the dark chocolate … just,wow !

My 3rd favorite item from the list is/are the cookies ! I really like the cookies! The are made with organic sugar and organic wheat flour,so it’s a little bit better for you.I also really enjoy the taste of the vanilla cookies.If you get a chance to try some of them,I suggest that you do ! Newman’s Own Organics can be found at the following stores (Click the photo to find your location) –