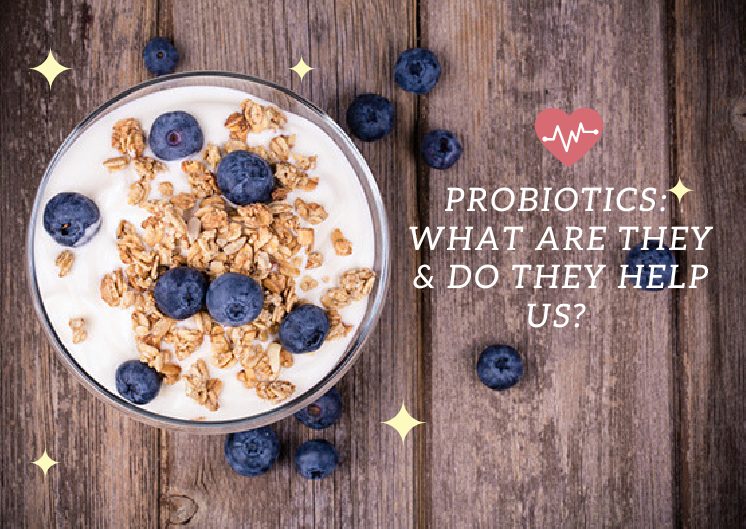 Those Probiotics, Though! What Are They & Do They Help Us?

There is a lot of talk about probiotics nowadays. But, do we really know how these mighty fighters work? Take a look at this article provided by @DeliciousLiving to learn a little bit more about them!

Probiotics are live microorganisms (or “good bacteria”) that aid your digestive processes and help your digestive organs function optimally. We often think of bacteria in a negative light—but you need these bacteria in order to properly break down the foods you eat.

Some examples of foods that already contain these helpful bacteria are yogurt, kefir, kombucha, miso soup, kimchi, and more. If you aren’t a big fan of these foods, you can also get probiotics through different types of supplements.

More health practitioners are beginning to recommend probiotics—not just nutritionists. “Probiotics are one of the few supplements I encourage my patients to use,” states chiropractor James C. Dunstan. “Given the current popularity of pesticide use in produce, these agents can cause loss of critical digestion promoting enzymes and bacteria within the gut. Probiotics can be a means to replenish the potential loss of our gut-friendly bacteria.”

Probiotics have been on the forefront of digestive health for awhile, but in recent years, there has been increasingly more evidence to support the theory that these “good bugs” may do more for us than solely aiding digestion. Studies suggest that probiotics may also help promote weight management, immune support, oral health, and even cholesterol management.

Improve your gut defense with probiotics

Is kissing your dog healthy for you?

Here’s a rundown of the latest probiotic research you need to know.

There is now evidence that shows gut health and brain health are inextricably linked. What you ingest and how healthy your stomach is can be directly related to neurological disorders such as autism spectrum disorder and depression.

A review from March 2015, written by Canada’s McMaster University researchers, claims there is bidirectional communication between the gut and brain. If the bacteria in our gut are unhealthy, the communication dysfunctions and can lead to metabolic, neuropsychological and gastrointestinal disorders.

Their review re-examined a 2013 study from UCLA and Danone where 12 healthy females consumed fermented probiotic milk for four weeks and compared against 11 women who consumed no probiotics. The women consuming probiotics showed increased brain activity and improved mood.

A recent study published in the American Journal of Clinical Nutrition shows that a particular strain of probiotic, L.casei 431, may reduce the duration of cold and flu symptoms. Researchers conducted the placebo-controlled experiment on 1,104 healthy subjects aging 18 to 60 years old in Germany and Denmark. Half the subjects were drank a probiotic milk beverage and the other half drank a placebo for 42 days. At day 23, the participants received a seasonal flu vaccine. Those who took probiotics had shorter duration of upper respiratory symptoms.

With the increase of pesticides on much of the food we consume, probiotics are becoming more important than ever before. In a 2009 study conducted by Korea’s Gyeonsang National University, an insecticide, chlorpyrifos, was used while making kimchi, a fermented, probiotic-rich food. After 9 days, the insecticide completely degraded and was inactive.

While probiotics are a great idea for digestion, this new evidence shows the various microbiota may have other incredible effects on our health that we weren’t aware of. If you’re struggling to fit probiotics in your daily diet, consider picking up supplements from your local natural products store.