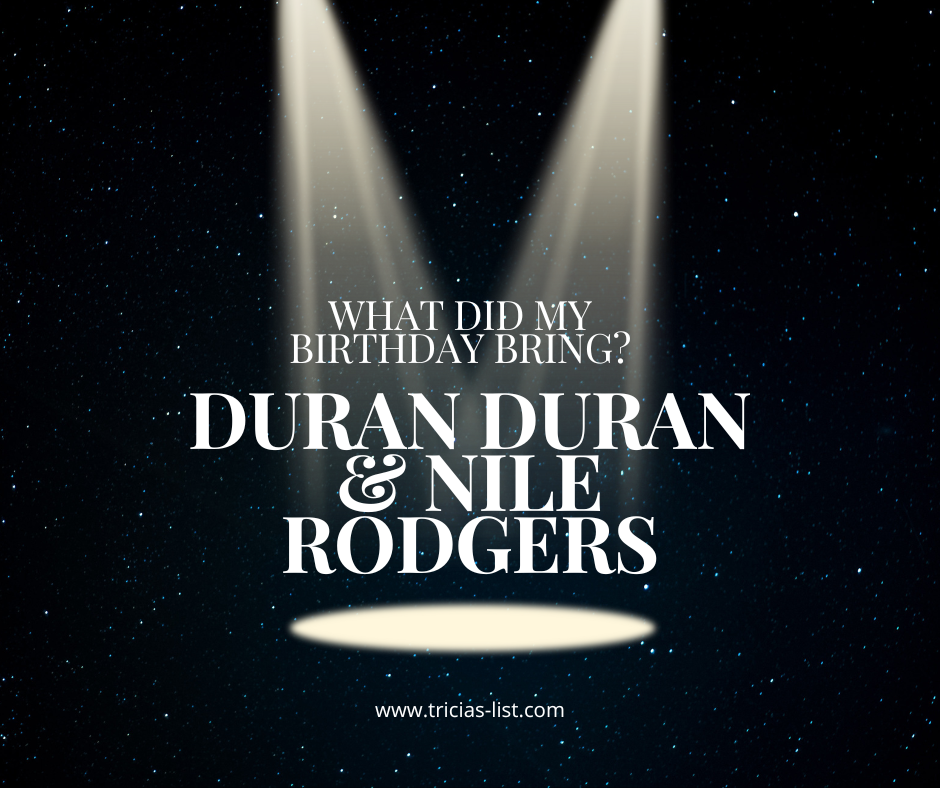 “Music makes me lose control”. I’m a child born of the 70s, and I have been lucky enough to have lived through many decades. But 1 of my fave decades was the 80s. That was me growing up… coming of age. The 80s was everything; cool hair, epic fashion trends, awesome genres of music, a huge variety of people doing different things everywhere. And we all loved it. We didn’t care who was straight or queer (Culture Club, Judas Priest, & Wham! proves that), politics didn’t really phase us, we did crazy dangerous that would probably get us abducted and/or killed in this current day & age… and it was “normal”. How things have changed. Mostly for the better, sometimes not so much.  But you know what hasn’t changed? My love for 80s music… and Duran Duran.

Who Is Duran Duran?

First off, if you don’t know what Duran Duran is, kick yourself. And get off my website. Lol… kidding! Duran Duran is “an English rock band formed in Birmingham in 1978 by singer and bassist Stephen Duffy, keyboardist Nick Rhodes and guitarist/bassist John Taylor. With the addition of drummer Roger Taylor the following year the band went through numerous personnel changes before May 1980, when they settled on their most famous line-up by adding guitarist Andy Taylor and lead vocalist Simon Le Bon“(Wikipedia). In other words, one of the bestest music groups in my lifetime! Okay, I’m biased due to falling in love with both Simon & John (mostly most definitely JOHN), but they are a great band that help to define the 80s, both in music & fashion.

I’ve seen the band 3 times live. And the last time was August this year in Columbia, Maryland, as part of my birthday gift. Suffice to say, I loved it. Not only was I able to see the “Most Fashionable Band Of The 80s”, but the opening set was Nile Rodgers!!! What a fucking awesome time!! If you don’t know who he is, let me just say… yes you do. You have more than likely heard at least one of his songs. He’s not just a singer; he’s everything music. Nile created the band “Chic”, and has written numerous songs, including hits like “Material Girl”(Madonna), “Let’s Dance” (David Bowie), “Get Lucky” (Daft Punk), and a load of work for Duran Duran. Learn more about him & his music portfolio of hits … you’ll be amazed.

I could go on and on about just these 2 big names in music, but I really just wanted to share some video footage of the concert. So… here you go… ENJOY!